During 2017, this project commenced and its now January 2018, so the negative journey ends !   For those of you who do not know about it, you can see more details here:

But basically this involved a couple of rules and the following:

The phlogger posted the camera to a group of photographers. This composed of 5 friends and 4 strangers ( who volunteered through social media).  Each photographer was constrained to 2-3 pictures. They then forwarded the camera to the next person in the chain.

Many of you may be wondering

Let us think about these points and answer them one at a time.

It is important to look at the social aspect of this project.  It was never a competition, the idea was a fun way of introducing some people to film and others to practise.

Having the constraint of only a few shots would prove interesting.

Like any experience in life, there were ups and downs. We tried to keep to a week each for shooting but in practise, this was not followed.  Somehow work, life and events unfold!

Without further ado, here is the gallery showing the images.  Note all images are unedited, they have been resized for website optimisation.

You can see there were issues with some of the exposures, which only happened at the end. Having shot the last few exposures the film did not rewind properly and snapped!!!  After taking advice from a couple of the project members, a cry for help was sent to the developing company.  They answered in their usual efficient way and offered to help.  The camera was boxed up and sent off, all fingers were crossed!

Foto factory emailed again to say they had saved 20 exposures which were incredible.

The journey was taken up by friends of the phlogger, but also recruits from the 35mm film Facebook group.  Some had not even used a film camera before, some were very experienced.  It was a complete mismatch of ability, experience and interests.  But this is what made the project interesting and fun.

The photographers were in the order of shooting:

From the phlogger’s perspective, this was a complete success, but a shame my own shots were lost.  Administrating and communicating with everyone took time.  But the people were all fantastic, each was friendly and co-operative.

The Facebook chat group became a great way to discuss the camera and film-related elements.  Each person should be praised for taking their time to be part of this project.

You have to thank Corina at Foto Factory for sponsoring the project – by developing and scanning the roll.  They have always provided excellent quality at very competitive prices too!  If you want to know more, check out this article.

Like nature, when something finishes, something arises from the ashes.  What will be next?  To take part in future projects please keep watching the blog.  Future projects have already been crafted in this ageing mind of mine.  When time and resources allow they will happen.

Please also look out for the e-book of this project, coming soon.

For now, thank you to all involved, I have befriended some lovely people.  It is an honour to meet like-minded individuals.

Find out more about this 35mm film project. 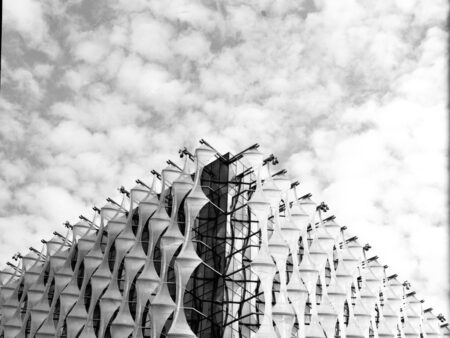